If you see me running then things have gone poorly and you should run too...

The Egyptians were the first nomadic beekeepers, as they used to transport their hives by boat on the Nile, in search of different types of flowering plant.

And I have promised to bring you up out of your misery in Egypt into the land of the Canaanites, Hittites, Amorites, Perizzites, Hivites and Jebusites—a land flowing with milk and honey.’ (Ex. 3:17)

Although honey is a sweet substance made by bees and is therefore not an animal but an animal-based product, we shall nevertheless focus on them in this article due to their prominence in the Bible. In Hebrew there are several different words for honey.

In the New Testament, the austere John the Baptist fed on wild honey (meli agrion) and insects such as locusts (Mt. 3:4). The chosen people of God also had to eat this honey, which flowed out of the rocks, while trekking through the desert (Dt. 32:13; Psalm 81:17). In the same way, the abundance of the Promised Land is indicated by the metaphor that “it flowed with milk and honey” (Ex. 3:8, 17; 13:5; 33:3). The excellence of the honey is also a metaphor to highlight the qualities of the beloved wife, when it is said of her, for example, that “Your lips drip nectar, my bride; honey and milk are under your tongue” (Song of Songs 4:11).

However, as honey is prone to ferment, being an organic product, it could not be burnt as an offering to God (Lv 2:11). Though this did not prevent it being offered to the priests for their own sustenance (2 Chronicles 31:2-5) And finally, in the New Testament we read that the disciples Jesus met on the road after his resurrection gave him “a piece of a broiled fish, and of a honeycomb” (Lc. 24:42).

Apart from the peoples of the Bible, honey was highly appreciated by many other cultures, such as the ancient Egyptians, the Greeks and the Romans. There are cave paintings from the Mesolithic period (8000 to 6000 BC), in which there are human figures collecting honey, in the Cueva de Araña in Bicorp (Valencia, Spain) for example [1]. It was considered by many to be a highly prized sacred product, and therefore used to pay taxes.

Ancient jars have been found containing honey, which was still perfectly edible, from the time of the Pharaohs. To the best of our knowledge, the Egyptians were the first nomadic beekeepers, as they used to transport their hives by boat on the Nile, in search of different types of flowering plant. In Israel, recent archaeological excavations in Tel Rehob, in the Beth-Sheán valley, have uncovered hives used in ancient times, dating from the times of the Israelite kings (10th to the 9th centuries BC). The hives, made from large cylindrical rods made of mud, are the only elements which occasionally make it possible to date archaeological excavations in the Ancient Middle East.

As bees often produce three times more honey than they need to live, human beings soon discovered that they could benefit from the excess, which was how beekeeping originated. This technique served to domesticate the insects, later providing them with artificial hives, and sedating them with smoke while they collected the excess honey. The different types and tastes of this highly esteemed product are due to the different types of flowers from which nectar is extracted, and to the types of bees that produced it. The pollination that the bees and other insects carry out is indispensable for the maintenance of the planet’s eco-systems.

Honey is a sweet viscous fluid whose color ranges from light yellow to dark brown, and is produced by bees belonging to the Apis species, from the nectar secreted by flowers or other types of vegetation. The intense sweetness of honey is due to the large amount of sugar it contains, such as glucose, fructose, maltose, isomaltose, sucrose, turanose and nigerose. It also possesses enzymes like amylase, catalase, acid phosphorylase, peroxide oxidase: it also contains amino acids, vitamins and minerals such as iron and zinc.

The inspired psalmist wrote the following words: “The law of the Lord is perfect, converting the soul: the testimony of the Lord is sure, making wise the simple. The statutes of the Lord are right, rejoicing the heart: the commandment of the Lord is pure, enlightening the eyes. The fear of the Lord is clean, enduring forever: the judgments of the Lord are true and righteous altogether. More to be desired are they than gold, yea, than much fine gold: sweeter also than honey and the honeycomb”. (Psalm 19: 7-10)

The time that is devoted to reading and meditating on Holy Scripture does not only serve to enrich a person spiritually, but it also makes for the sweetest, most delightful moments of life. As the prophet Jerremiah would say, if we “eat” the Word of God, it will give us joy, because the Most High will speak directly to our hearts (Jeremiah 15:16).

[2] Honey will not ferment if the moisture content is below 18.6% when extracted. There is no shelf life on honey and it will crystallize but last forever if stored correctly.-Apex Bee Company LLC 2022

Where to Find Us: 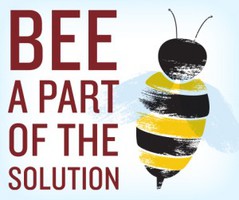 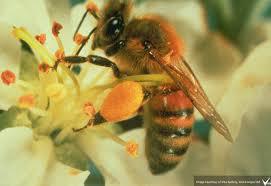 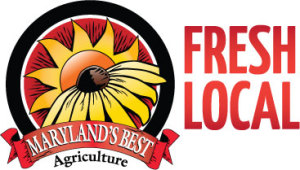 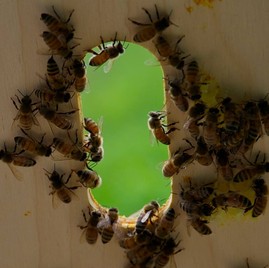 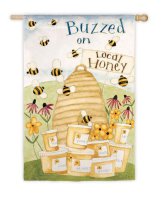 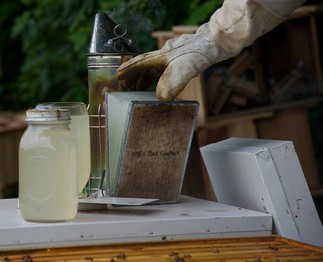 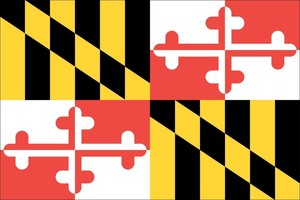 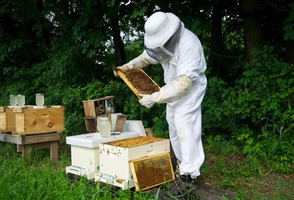 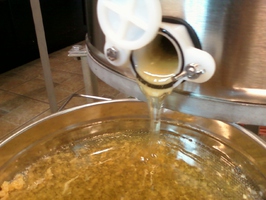 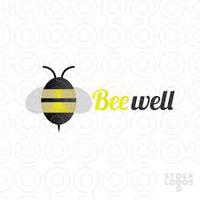 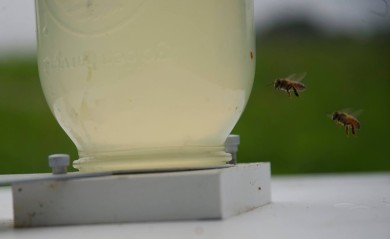 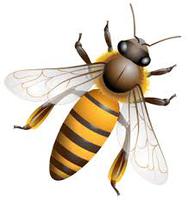 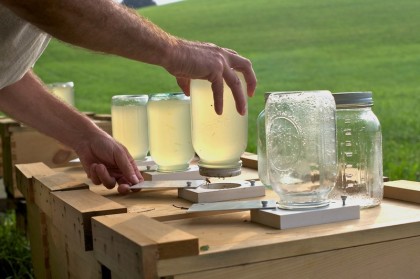 Bee-Grate Feeder on Nucs with Honey-B-Healthy